In attempting to answer this question it’s important to distinguish between specific and non-specific changes or results associated with the tests. First of all, inferior T abnormalities refers to results shown on an electrocardiogram (EKG). This is a rather simple and pain-free test to show electrical activity in the heart.

When the results are on the borderline or in the abnormal range it usually means there is some reduced flow of blood in a specific section of the heart. The phrase “inferior T” refers to a section of the heart and to the particular wires and sensors that produce results from this area. Doctors recognize that borderline or abnormal results in this part of the EKG can be an indicator of heart-attack risk.

But there is one more factor to include here. Specific changes on the EKG are considered well defined and may be a classic indicator of heart attack. Non-specific changes are not easy to pin down. They could be a sign of impending trouble but there are a number of other health factors to consider. Non-specific changes can be associated with drug use by the patient, anemia, problems with electrolyte levels in the body, unbalanced acid state and several different diseases. It’s interesting to note that a highly trained athlete might even show some non-specific abnormalities that won’t necessarily be a cause for concern.

It’s at this point that doctors and patients might begin to think about anxiety or panic attacks. Of course, unusual results of an EKG can be a trigger for anxiety. Panic attacks can be triggered by emotional state and by excessive worrying or obsession. If an individual is concerned about test results that might be serious or life threatening it is possible that a panic episode might follow.

But what about the reverse of this question, as posed in the title. If an individual has a panic attack, can this produce test results such as non-specific inferior T abnormalities? Patients report that they have suffered through panic attacks but the only EKG they had showed no abnormalities. Many of these patients are concerned that medications prescribed might cause heart abnormalities or that having an EKG after a panic attack might indicate something out of the usual range.

Individuals who suffer occasional panic attacks might get some help from the reports by individuals in similar situations who did have an EKG within a reasonable time of a panic episode They report that the test did show abnormalities. In fact, some say that they were having an episode of extreme anxiety or a panic attack while the EKG was being conducted. This may have caused the T abnormality results.

But some doctors urge patients, family members and friends to use caution when blaming panic attacks for unusual EKG results. In some cases the patient had additional, more specific tests that indicated there was a real pathological issue with the heart. Panic attacks weren’t always the cause. 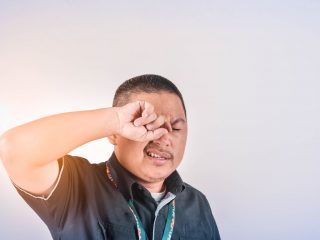 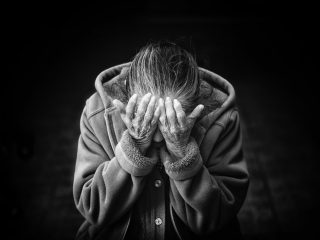