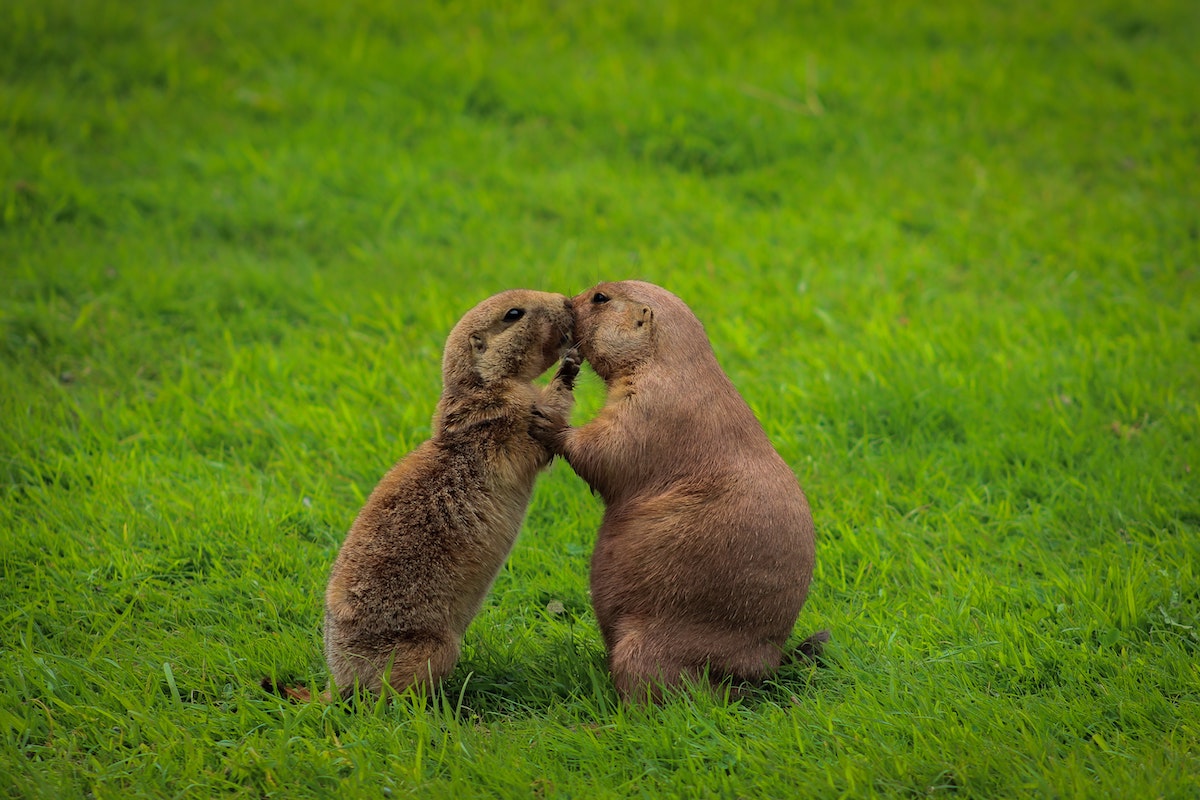 Gophers and groundhogs; groundhogs and gophers. Aren’t they the same thing?

Sometimes, there’s a surging urge to cuddle these woodland rodents. Even if they spend most of their time digging through underground tunnels and feasting on plants, there’s no question that both animals are pretty similar in looks and, essentially, in what they do. If you’re an animal expert, a rooter for rodents, or making a very detailed schedule and itinerary to the woodlands, there’s a good chance you’d want to know the difference between groundhogs and gophers. Well then, let’s start!

The Scientific Contrast of Characteristics

Most people are fooled by the rodents’ similar appearances and their innate ability to dig a hole on the surface level. Apart from that, groundhogs and gophers don’t have a lot in common. I mean, they don’t even really belong to the same family. Gophers, on one hand, belong to the Geomyidae (beaver-like rodents) family and are joined by the likes of pocket mice, kangaroo rats, and pocket gophers. Cool family, if I do say so myself. 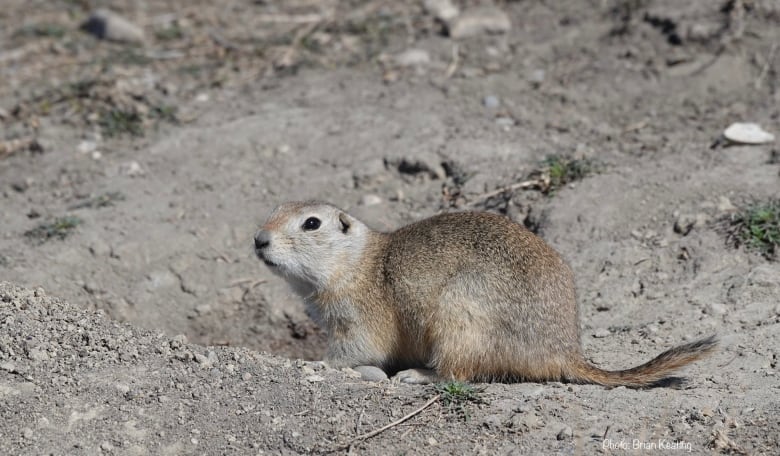 On the other hand, Groundhogs are members of the Sciuridae (squirrel-like rodents) family and belongs to the genus Marmota. If you’re still speculative and I don’t know why, let UCLA biologist and marmot genius, Daniel Blumstein, simply explain:  “There are 15 species of marmot, and groundhogs are one of them,” he explains to Mental Floss.

The… Not So… Scientific Contrast of Characteristics

Throwing science out the window, like what I usually do on the weekends, there are a couple of obvious visual differences between these two animals. For one thing, Blumstein has summed up what these are for groundhogs. He says that they almost always utilize their burrows for safety and hibernation. When the weather goes bad, they run to their burrows. When the weather’s too sunny, they run to their burrows. As long as there’s no immediate threat to them, they spend a good amount of time above ground to eat plants.

That does it. I think my spirit animal is now a groundhog. Just going out of the room to eat––I think that’s most of us. Groundhogs, on one hand, hibernate through the course of the winter while gophers see this as an opportunity to wreck your lawns and crops for the whole year-round. 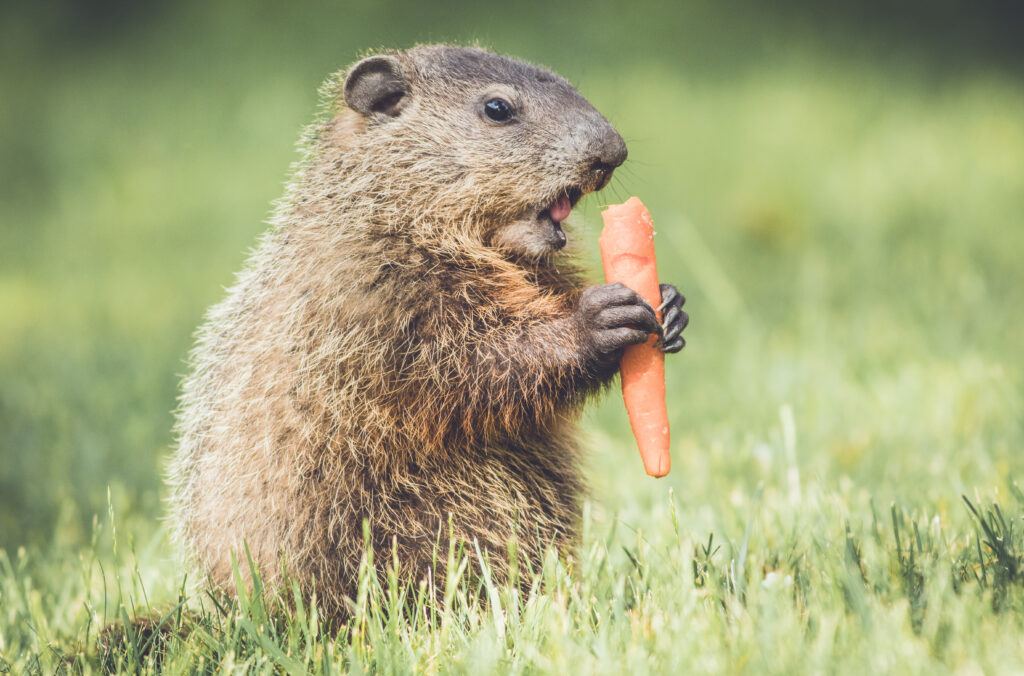 Since we’re on the topic of gophers, it’s also worth noting that they’re the more distant of the two animals. During the spring in a place inhabited by gophers, you’ll see what are called “eskers.” These are what you see in cartoons when characters go through the soil and leave a marking on the ground. Or, more scientifically speaking, as they dig through the earth and tunnel through the snow, they leave dirt in the tunnels.

Physically, a gopher has a hairless tail, protruding yellow (or brownish) teeth, and cheek pockets for food storage. These are all the traits groundhogs don’t have. Gophers also have pink feet and groundhogs have black or dark brown feet. Not to mention that gophers also weigh much less than groundhogs. For starters, the former weighs around the two-pound mark while the latter can go up to almost 15 pounds. If they settled it in the ring, it wouldn’t be an even fight.

Despite how the rodents eat practically the same thing which is mostly vegetation, gophers do tend to prefer roots and tubers (unlucky for the local farmers out there). As for groundhogs, they sure do love their general vegetables and fruits. Basically, groundhogs will eat your garden if they find a way to it. While I would like to encourage you to eat like a groundhog, they’ve also been to eat insects and snails––so I’ll leave that to you instead.

While gophers from the Geomyidae family are called pocket gophers, it’s not necessarily because they can fit in your pocket. This is because they have huge pockets in their cheeks that can store food. Gophers use it to fill their pouches with different roots and tubers and eventually transport them into their burrows. They’re intelligent too––building separate burrows for food storage, nesting, and even relieving themselves. Once they seal their burrows, it’s their time to hibernate during the winter.

As for how the groundhogs manage this, they just eat as much as they can throughout the course of the summer. In true gym rat language, they bulk up so that they have all the necessary fat supply to digest through the cold winter.

Once you’ve seen a handful of gophers and groundhogs, I bet it’ll be easier for you to distinguish between them knowing the facts stated above. If you want to poke at some fun, groundhogs have pretty cool nicknames like “woodchuck” or “whistle-pig.” Gophers, however, they’re really just monikers for the Wisconsin Badgers so they do still have a lot going on for them. 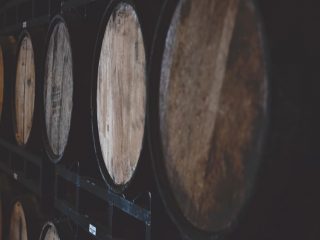 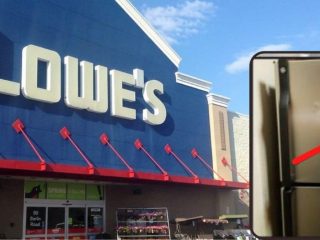