One of the highest rated and acclaimed Shonēn animes to have ever been serialised, Hunter x Hunter may soon end its 4 year long hiatus with a new chapter. The manga has been infamous for taking extensive breaks, we barely received any chapters from 2006-2009, after that it was the same situation till 2018, when the manga went completely dead silent.

The wide spanning tranquillity of the manga is to be blamed on the author, Yoshihiro Togashi’s ailing health. He had been immobilized, unable to get up from his bed as a result of severe back pain. These past few years the Hunter x Hunter fandom has lost faith if they’ll ever get to see a fitting conclusion to their most beloved show- but a recent tweet has startled all audiences, hinting the manga is surely returning.

The text translate to,

“4 more episodes for the time being”

Which is 4 more episodes than anyone expected. Further bolstering the claim that new episodes and chapters are going to be released soon was One Punch Man’s Illustrator!

Everyone’s Twitter feed was brimming with absolute bewilderment and from the looks of it, it seemed people typed away their joys with tearful eyes. I myself could hardly believe it. Many users double checked to see if it was even a real tweet and to their surprise, it was. This has probably been the biggest gift any anime fan could hope for this year.

Yoshihiro’s account garnered a phenomenally unbelievable amount of followers within a day, 1.6 MILLION! 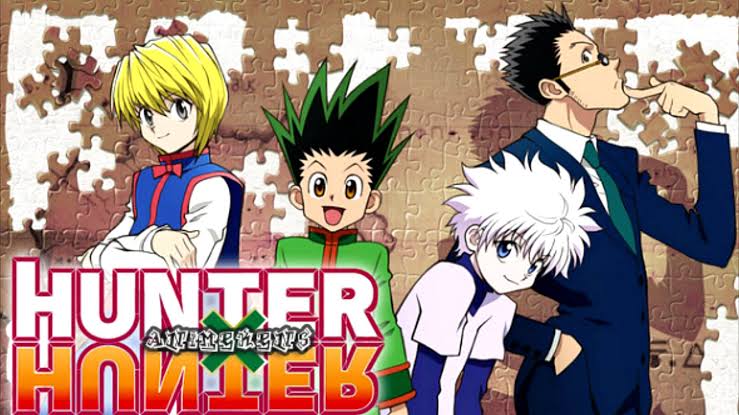 Till this day Hunter x Hunter MyAnimeList ratings have stood tall with a rating of 9.05! Cementing it as the 8th highest rated anime to ever have been adapted. YouTubers, reviewers, game developers and even KFC has commented on the occasion- because it’s so finger licking good.

Another image was release soon after due to their being so much buzz. Yoshihiro posted a picture of a tree, and what a beautiful tree it is.

The Hunter X Hunter anime has a total of 148 episodes, and for those who haven’t watched them yet may I suggest bringing them as soon as possible- an exercise for which you’ll thank me later.

Goosebumps have been a frequent occurrence since yesterday, keep checking up on us for any other update Yoshihiro share. In the meanwhile be sure to check out our Mushoku Tensei review, or if you’re in the mood for something gory then proceed towards Chainsaw Man.