A volcano can be simply defined as a rupture or an opening on the crust of a planet like earth. This opening allows hot ash, molten rock and gases to blow off from the underground spaces. Volcanoes generally acquire shape of a mountain. Volcanoes are usually found at places where tectonic plates get converged or diverged. But there existence at a particular place depends upon many environmental and geological factors. Volcanoes can also occur at a place because of hot spots or mantle plumes. Even hotspot volcanoes are very common at other planets of solar system especially on moons and rock based planets. 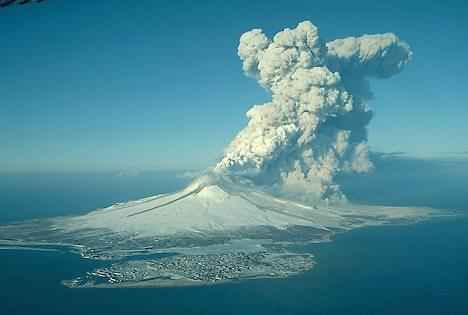 Stratovolcanoes– These are also called as composite volcanoes. These are tall mountains of conical shapes; these volcanoes are composed of flowing lava and ejecta in layers, called strata. Most common example is the Mt. Fuji of Japan. These volcanoes claim most hazardous eruptions of history.

Supervolcanoes– It is simply a term used for large sized volcanoes. These volcanoes usually produce lava on very large scales. Supervolcanoes eruptions cause extreme cooling of the surrounding global temperatures, because they produce a large amount of sulfur and ash clouds. This decrease in temperature lasts for many years. So they can be classified as the most dangerous volcanoes, for example- Lake Taupo of New Zealand.
Submarine volcanoes– These are the volcanoes which are located at the floors of oceans. They can be at lower or extreme depths. Those volcanoes which are present at lower depths produce bubbles of steam and gases, which can be observed above the sea surface. But other volcanoes which are present at extreme depths are almost invisible about their existence. But even these deep volcanoes can also be marked by observing discoloring of water at a particular portion of ocean. This discoloration is because of release of volcanic gases in the sea.

Material erupted by a volcano is called as lava. Lava is just a name given to magma, once it gets erupted from the mouth of volcano.
Now this magma can be classified into 4 types-

1. Magma containing large amounts (>63%) of silica. This type of lava is called as felsic.
2. Magma having 52–63% of silica.
3. Magma having 45-52% of silica. It is called mafic, because of high composition of iron and magnesium.
4. Magma having <=45% of silica.
Volcanoes on basis of activities
On basis of activities volcanoes are classified into three types-
Active– Those volcanoes which are showing eruption regularly are called active volcanoes. A volcano can be simply considered as active one if in current times it is showing eruptions or simply acting restless.
Dormant– Those volcanoes which have previous record of eruption in historical times but which are quite from many years are considered as dormant volcanoes.
Extinct– Those volcanoes about which no previous record of eruption is available and which are quite in current times also are considered as extinct volcanoes. In other words, these are simply those volcanoes about which it has been already postulated that they will not erupt again, because they have no current connections for supply of lava. So these rae simply non-erupting dead volcanoes.
Effects of Volcanic Eruptions
Different volcanic eruptions produce different sort of effects on environment and society. General eruption contains gases like water vapors, SO2, HF, CO2, HCl and ashes of melted rocks. Explosive eruptions supply these materials directly to the stratosphere at the heights of 16–32 kms. Now in stratosphere SO2 gets converted into H2SO4, this H2SO4 gets condensed into the sulfate aerosols. Accumulation of sulfate aerosols in earth’s atmosphere increases its reflection for the rays of sun; as a result temperature gets decreased in lower layer of atmosphere called troposphere, but due to accumulation of aerosols in stratosphere, temperature gets increased here. This temperature cuts and fluctuations produce large effects on overall earth’s temperature. Accumulation of sulfate aerosols also causes chemical reactions which eventually cause destruction of protective ozone layer of earth’s atmosphere. Acid rain is also a common effect of volcanic eruptions. Moreover when a volcanic eruptions occurs the flow of lava destroy all the surrounding crops of the region and people need to migrate from that zone because flow of lava destroy each and each every thing coming on its way. Ash and rain of molten rocks are other effects of volcanic eruptions. 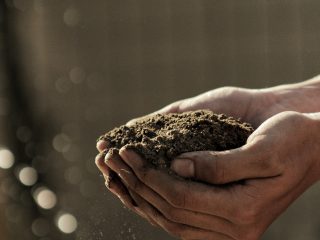