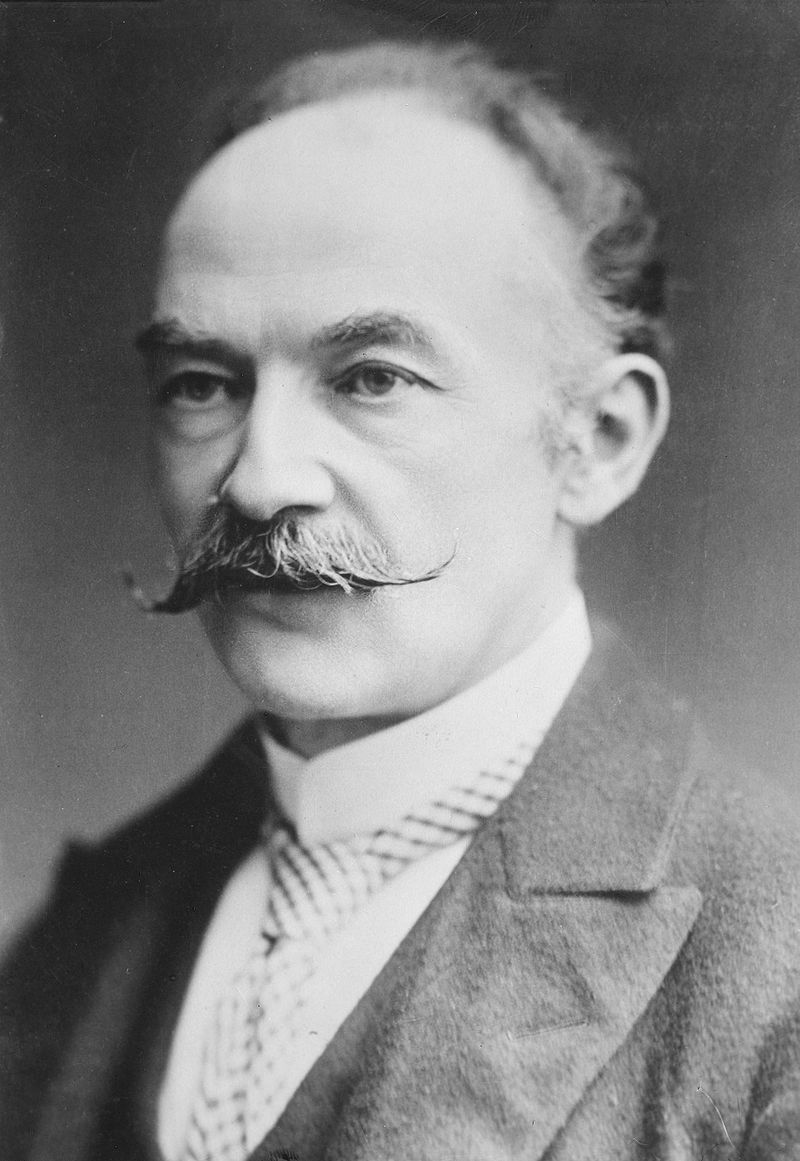 Thomas Hardy- life and Works
Thomas Hardy, the most famous Victorian novelist, was born at Upper Bock Hampton, near Stinsford in Dorset, on 2nd June, 1840. His father was a master mason. His mother came of a family, long established in Dorset.

Hardy owed much to his parents and their rural background, inheriting from his father a love of music, from his mother a love of reading, and from both, strength of personality as well as the stability which connected him in an age of change with a world already vanishing. 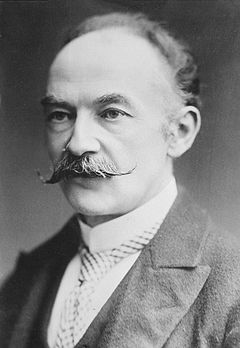 Thomas Hardy went first to the village school, and then to a school in Dorchester. He studied Greek by himself. In 1856, he was made an apprentice to John Hicks, an ecclesiastical architect in Dorchester. He continued his own reading, encouraged by William Barnes, the Dorset poet, who kept a school next door to Hick’s office. He was also encouraged by Horace Moule, the brilliant son of a vicar, to whose friendship he owed much of his intellectual stimulus. He continued to live at home and, in the life of the small rural community, he found the refreshment and strength which were always necessary for him.

In 1857, Hardy began to write verses and essays but, advised by Moule, decided not to give up architecture. After spending some time sketching and measuring many old Dorset churches with a view to their restoration, he went to look for work in London in 1862. He became an assistant to Arthur Blomfield, and worked hard at his profession, although uncertain whether literature or architecture should be his life’s work. He went to art galleries and concerts, and attended evening classes.

In March 1865, his first prose work, a humorous sketch, was published in a journal, but he was more interested in poetry. Often feeling lonely and depressed, he became ill, and in 1867 he returned to Dorset, working again for John Hicks, and at Weymouth, for the architect who took over the business after Hicks died. During 1867 and 1868 he wrote a “purpose” story, The Poor Man and the Lady. It was read by George Meredith who asked Hardy to call on him, and asked him not to publish it but to write another story with more plot. The manuscript was written, but never published.

In 1870, Hardy took Meredith’s advice too literally, and wrote a novel which was all plot and which was published in 1871 under the title Desperate Remedies. In 1872 appeared his next novel, Under the Greenwood Tree, in which Hardy found himself, and which he never surpassed in the delicate perfection of art. A Pair of Blue Eyes, in which tragedy and irony come into his work together, was published in 1873.

In 1874, Hardy married Emma Lavinia Gifford. His first popular success was Far from the Madding Crowd (1874), which is an unquestioned masterpiece. For some time after his marriage, Hardy and his wife wandered about Europe and England “like tramps”, with nothing but boxes of books and a book-case, besides their clothes. At length, they settled at Sturminster, Newton, in a villa with a wide view of water – meadows, and in this serene and lovely setting they lived for two years amid a profusion of bird-song and garden-fruit in summer, and surrounded by floods in winter. However, Hardy decided to return to London in 1878, after The Return of the Native had been published. Years later he looked back at his journal and referred to the period spent at Sturminster, Newton “as our happiest time”. He and his wife had wanted children but none came, and now they entered London society after the disappointment of that hope.

Between 1878 and 1912, Hardy wrote nine more novels, three volumes of short stories, published three collections of poems, and completed the most massive, unique, and characteristic achievement of his life, the five hundred and twenty pages of mingled prose, dramatic lyric and philosophic verse which he called The Dynasts. He came gradually to be acknowledged, not without dispute, as the greatest English writer of his time. The Order of Merit was conferred upon him in 1910, and honorary doctorates were awarded to him by the universities.

Outwardly Hardy seemed to live a tranquil and successful life. But there was unrest beneath the peaceful surface. His personal life was overshadowed by what at last became his wife’s virtual insanity. In her later years, she became a victim of delusions, among them the conviction that she had married much beneath her parental status, and that she herself had actually written, or at least suggested, much of Hardy’s work. Her public behavior towards Hardy became insulting. She openly prided herself more upon being an arch-deacon’s niece than upon being married to the greatest living English writer. Hardy was modest enough, but he had his pride. His wife even tried to stop the publication of Jude the Obscure, which she thought to be immoral. Hardy did not repent of his marriage and never tried to get rid of his wife, but the scars are to be seen in his work.

Mrs. Hardy died, unexpectedly, in 1912. Thought Hardy was with her at the time of her death, she never regained consciousness after a quarrel which, by an unlucky chance, had occurred earlier. A feeling of remorse and grief led Hardy to write some of the most moving love-poems of any period, recapturing those moods of joy and desire which he and his wife had experienced in their first years together.

In 1914, Hardy married Florence Emily Dugdale, a charming and sympathetic woman much younger than him, and with her his domestic life became peaceful and orderly. He wrote some more lyrical poetry and worked on his memoir. His home became a place of pilgrimage for young writers like Edmund Blunden, Robert Graves, T.E Lawrence, and Siegfried Sassoon. He liked to tell stories about himself.

The First World War spoilt Hardy’s new-found tranquility. His visits to the German and the English wounded soldiers, lying a few hundred yards apart in two Dorchester hospitals, affected him deeply. Still he stoutly denied that he was a pessimist. Alert and courteous, interested in everything around him, a vigorous campaigner against cruelty to animals, and now, to his great delight, a Freeman of Dorchester, he became himself a beloved part of the Wessex he had so lovingly delineated. His old age brought forth a harvest of poetry, and his life amid the quiet countryside ended as quietly, after he had listened to his wife reading poems including Browning’s Rabbi Ben Ezra and Walter de la Mare’s Listeners. Hardy died on 11th January, 1928, which was a great loss to his readers. 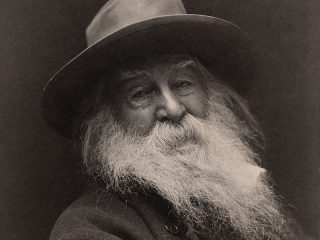 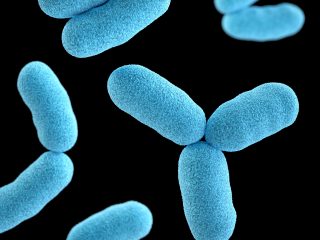