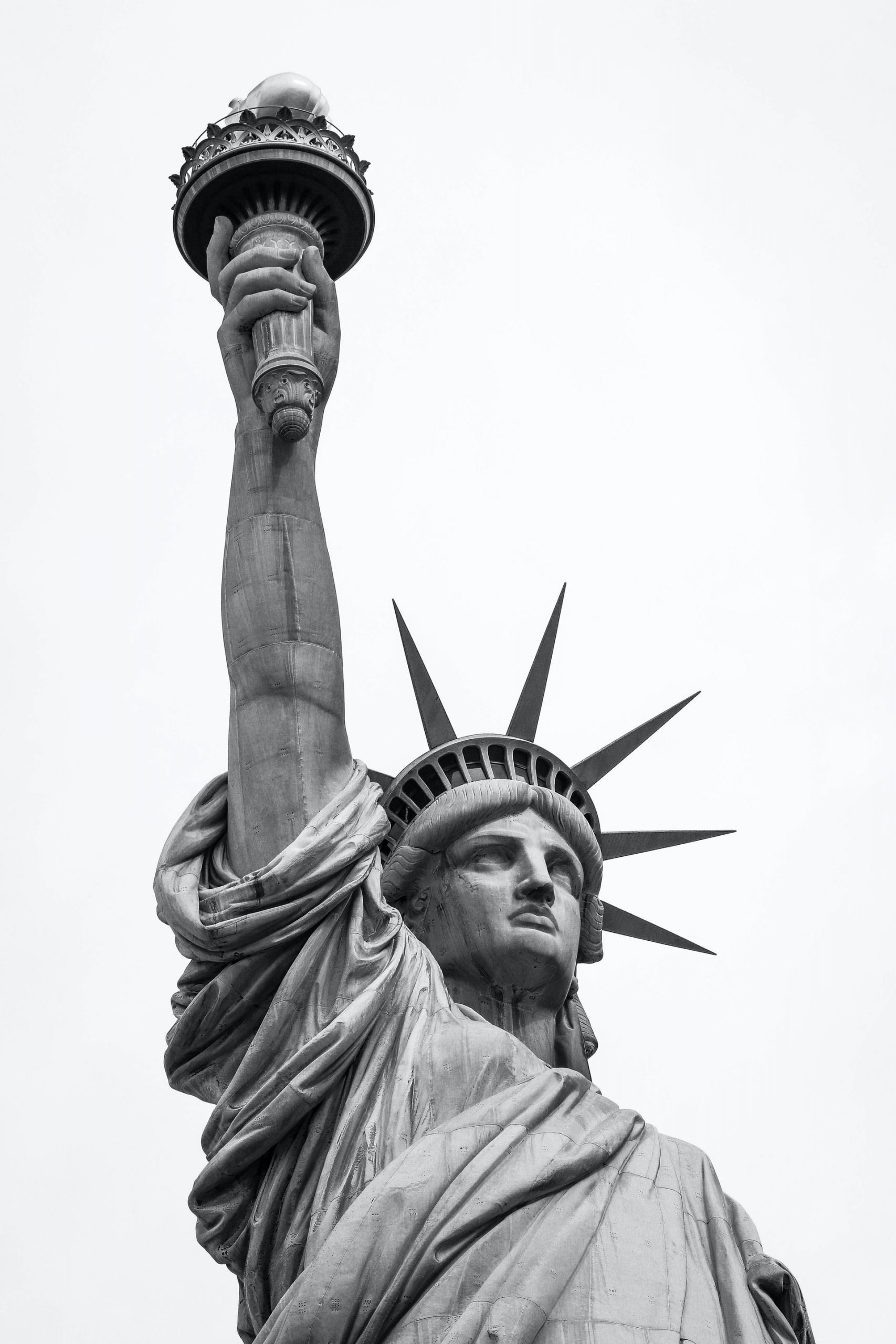 Common knowledge indicates that the simple explanation is: copper. A closer look shows that, according to scientific research, the salts in copper have this blue/green color. One theory about the Statue of Liberty is that the rain washes away a thin layer of the surface and makes the color appear. Others theorize that “weathering” of the chemicals in the statue cause the color to appear. Temperature has some effect on this process, according to this theory.

The truth is something of a combination of these ideas. The metal, copper, has the familiar shining, brown/gold color that we see on a penny. With rain, snow, sunshine and wind, the copper that the statue surface is made of becomes tarnished. According to laboratory studies, natural copper will turn to this blue/green hue with regular exposure out of doors.

The statue has a copper coating that changes color and degrades slightly over time because of oxidation. This process is similar to that which makes iron rust. The metal reacts to the oxygen in our air.

Through several steps of the process, the metal surface changes color, even showing some black at times. This darker color turns green when it reacts to such compounds as sulfur dioxide and carbon dioxide.

Some scientists have studied the Statue of Liberty closely to see how much the surface has degraded over time. In the 100+ years that the statue has stood in the harbor only a tiny fraction of the surface has been lost to oxidation. In fact, workers only had to reconstruct the torch and then actually had to change its color to match the rest of the statue. The copper sheeting of the Statue is 3/32 of an inch thick (2.37mm).

The Statue of Liberty and its island base are a national monument. The centennial was celebrated in 1986, so the copper surface has held up very well. This statue was originally presented to the United States by the people of France. It was sculpted by Frederic Auguste Bartholdi. The designer of the Eiffel Tower designed the framework that holds the statue.

Various fundraising efforts put the money in place by 1885 and the construction was completed the next year. The statue was transported by ship in several hundred pieces and assembled for the October, 1886 dedication.

The blue/green Statue of Liberty stands more than 300 feet high (to the top of the torch). The statue’s crown contains 25 windows. The crown has seven rays. 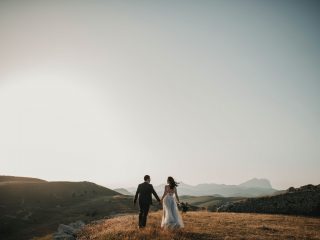 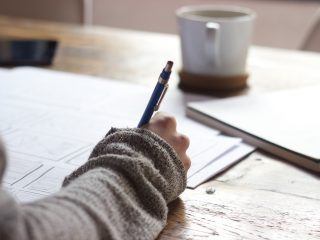